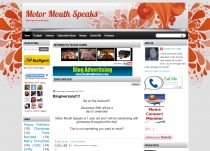 We received this game free to review.

Watch Ya' Mouth Throw-down Edition is the evolution of the original, wildly popular, hilarious Watch Ya' Mouth game. Rather than just speak phrases, players now go head-to-head with hilarious and challenging tasks - while wearing mouthpieces. Throw-down Edition takes competition - and laughter - to the next level and builds on the multi-generational gaming phenomena.

Throwdown Edition has already been Awarded Top Holiday Toy of 2017 by Toy Insider & selected for the 2017 Amazon Holiday Toy List.

I am a fan of fun games and activities with family for the holidays. I had the chance to try this game for the first time recently. I decided the best place to try it out was at my relative's house with all the little cousins. We learned very quickly some of the activities were not well received by some of the youngsters. There were music references that were way over their heads and many activities required the use of cell phones. Now, I know cell phones are a common occurrence now days. But, for our kids that isn't an option. In the end we ended up just making up our own fun with the mouth pieces and just looked through the cards and picked out favorites to play.

If you want a fun game this is it. But, just be aware there are a lot of activities might be a little more complicated.

Leave a Comment
submit a review Join our blog team

Proud Member of The US Family Guide Network